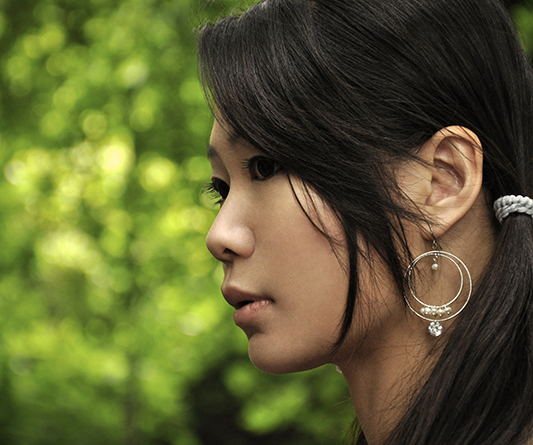 In contrast to the original story, I chose an Asian girl for my interpretation of “Alice in Wonderland”. Absurd? Before you shake your head or curse at me for spreading wrong information, read about the reasons why I changed the story’s plot. Here is what it’s all about! About “Alice in Wonderland”

“Alice’s Adventures in Wonderland” is a well-known story written by Charles Lutwidge Dodgson under the pseudonym Lewis Carroll in 1865. The book was a publishing sensation, beloved by children and adults alike. Among its first avid readers were Queen Victoria and the young Oscar Wilde. Since then, the book has never been out of print. “Alice’s Adventures in Wonderland” has been translated into at least 97 languages. Some sources even say it was as many as 174 languages. Moreover, there have now been over a hundred editions of the book, as well as countless adaptations in other media, especially theatre and film.

So there is probably no one out there who doesn’t know this story:
A girl falls through a rabbit hole and gets into a fantasy world by drinking a shrinking potion. There, she meets peculiar, anthropomorphic creatures like the White Rabbit and the Cheshire Cat; and strange people like the Mad Hatter and the Queen of Hearts. So everything is quite bizarre (like the “real” world, you could say). Or as Alice would say it:

© Walt Disney Pictures: Alice in Wonderland (1951) – Copyright Disclaimer Under Section 107 of the Copyright Act 1976, allowance is made for “fair use” for purposes such as criticism, comment, news reporting, teaching, scholarship, and research. Fair use is a use permitted by copyright statute that might otherwise be infringing. Non-profit, educational or personal use tips the balance in favor of fair use.

My interpretation of “Alice’s Adventures”

I’m well aware that Alice is usually depicted as a light-skinned, blond-haired girl which indeed makes perfectly sense considering the origin of the author (that is to say: England).

But wandering about and wondering about the obscurities of life isn’t an experience limited to the light-skinned, blond-haired girls on this planet but may happen to all of us. Some people do realize that the so-called reality is somehow bizarre – some people believe that those who think the world is bizarre are the ones that are truly bizarre. And those who are believed to be bizarre are convinced that those who believe they’re not bizarre but normal are the ones who are truly bizarre – which proves somehow, that everything is bizarre, isn’t it?

So after carefully considering my model’s personality, I decided that in this case, Alice is Asian (Taiwanese to be accurate). The photo shooting took place in a fairy-tale theme park. She had as much fun as a child pushing all those buttons telling fairy-tales and letting the dolls speak.

I love the child inside of a person, it’s truly precious.
Cherish your inner child! Always! So do you like this photo shooting?
Where do you know “Alice in Wonderland” from? Did you read the book, watch the cartoon or the movie which appeared in 2010? Comment below!