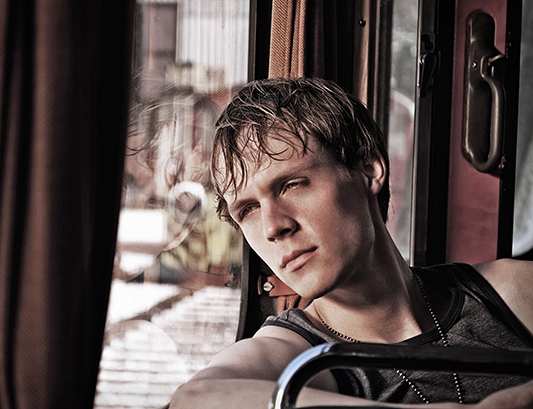 I met this boy the other day to discuss ideas for a photo shooting and I watched him closely in order to find a fitting theme. And he reminded me of something back then, in the 90s. Of some phenomenon called boy bands… Do you remember Take That, The Backstreet Boys, Caught in the Act and NSYNC? When I was a teenage girl, boy bands were something quite in fashion. They consisted of several boys in their teenage years or in their twenties with all kind of looks and character traits: black hair, blond hair, brown hair, the South-American romantic guy, the cool guy, the nice guy… So there was a boy for each girl out there. And they sang a lot of love songs!

In the 1990s and early 2000s, boy bands were the ones who dominated the music charts. But even today, boy bands exist: The Wanted and One Direction from Great Britain, Arashi from Japan and Big Bang from South Korea, for example.

While watching my model drinking his coffee, I thought of all the blond-haired boy band members back then. For example Nick Carter, Gary Barlow and Justin Timberlake.
That’s when I decided to turn him fully into an incredibly hot teen heartthrob. I added water, let him unbutton his white shirt and made him show all he had.

For all the girls who want to drool a bit!
(and of course for all the boys who prefer boys) Did you listen to a boy band once? Who was your favorite?
Or do you still like a certain man? Who is it?
And what is especially sexy for you? Please comment below!